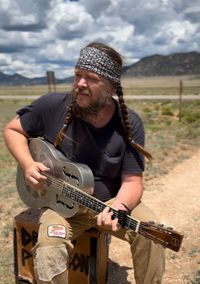 Music at 6pm. Original Americana by acclaimed songwriter, Drew Peterson. Coming from a long line of musically inept Norwegian Farmers and born without natural talent, Drew Peterson tackled his musical endeavors the way he had been taught while growing up on a farm in rural MN - hard work and a lot of practice. With over 20 years under his belt, Peterson incorporates clever, dry humor and thought-provoking lyrics into heartfelt and unforgettable performances.

Drew Peterson is an independent Americana singer-songwriter who has captivated fans across the Midwest for over 15 years. Since fronting the Minnesota-based group Forty Watt Bulb, Peterson has spawned two other successful Roots projects;the twangy,upbeat Dead Pigeons and bluegrass-influenced Boxstore Bird.

Dave Mehling, is a Minnesota-based songwriter, performer and educator. Most recently he released Tired Fruit, an album of ambient compositions, and Beach Boy, a smorgasbord of musical styles ranging from folk and electronic to drone and avant-garde. Tickets starting at $10 available online $15 at the door All ages! 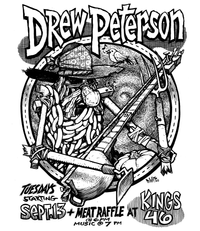 Come at 6:30 for the meat raffle and stay for the music! Drew plays every Tuesday at 7 with his talented sidekick, Joel Erickson. 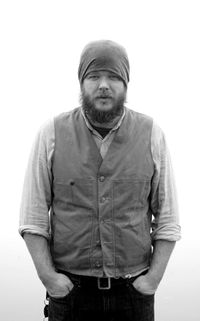 Drew Peterson returns to the beautiful Anoka Hardware Store Speakeasy for a night of original Americana and the best cocktails around! Music from 7-9pm.

Come at 6:30 for the meat raffle and stay for the music! Drew plays every Tuesday at 7 with his talented sidekick, Joel Erickson.